The foliage found around the 3 pools at the Mirage hotel do not provide enough protection from the harsh sunlight in the Mojave desert. Not only do we have temps reaching over 110F regularly in the summer, but nearly all of those days are days with high UV index rates. That means you are getting maximum damage from being in the sun. The Mirage knows this is a problem, and that is why they lather on sunscreen (video proof) every day. Even the trainers must be suffering from the heat because there has been an increase of shade structures and use of misters during the hotter months. The dolphins still sit, 24 years this October, without any shade. This is a simple shade structure, and it should be put up already. 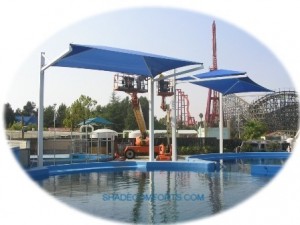 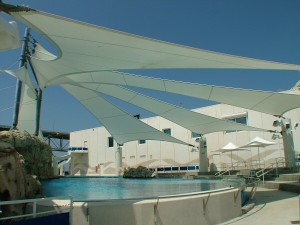 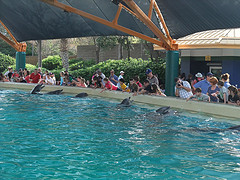 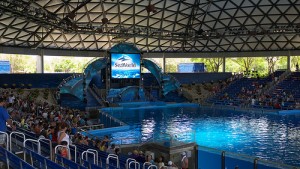 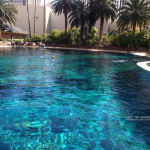 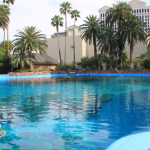 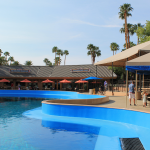 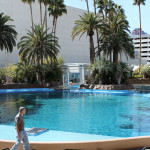 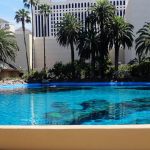 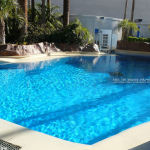 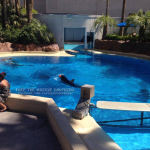 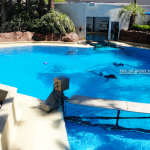 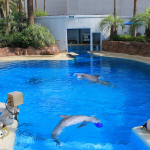 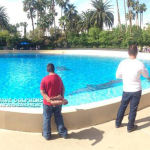 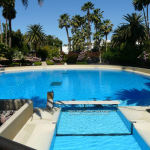 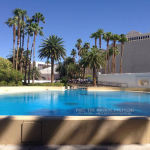 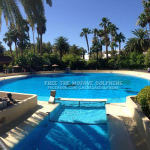 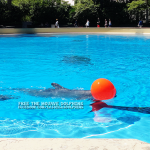 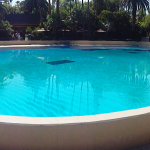 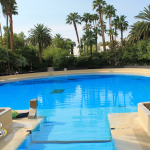