History of the Facility 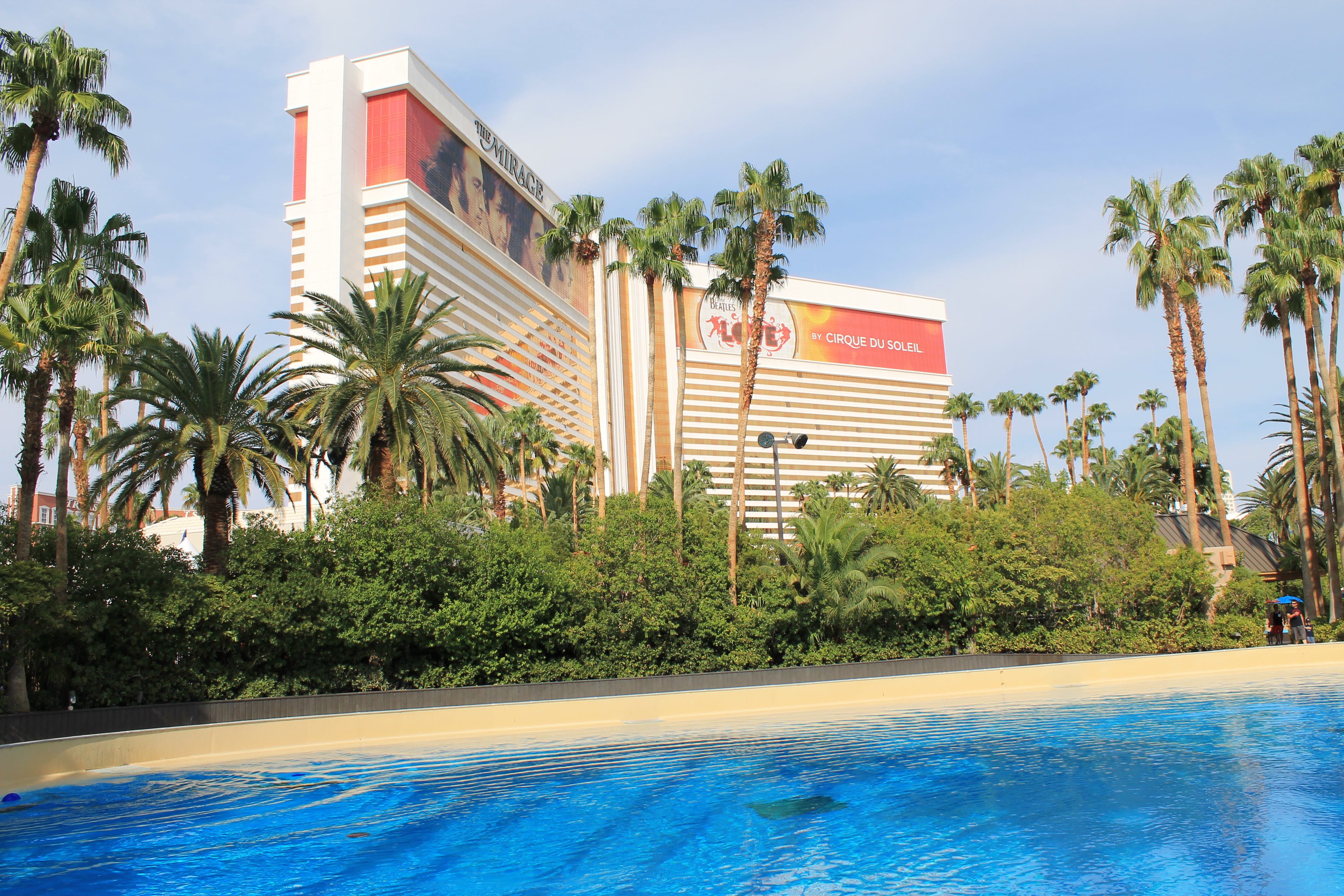 After swimming with dolphins during a trip to Hawaii, Steve Wynn made up his mind to have a dolphin pool at the Mirage, a resort he was building in Las Vegas in the late 1980s. Protests by animal-rights activists stretched the time it took to get licensed by federal wildlife authorities to three years. The dolphins had to be flown in on specially outfitted chartered jets. Costs quadrupled over initial estimates, to $14 million. But in the end, the casino mogul got his way. –The Highest Rollers on the Strip

All of the first dolphins to be flown into the Mirage Dolphin Habitat (also known as Marine Operations/Dolphin Environment) were originally sourced from the ocean. They were not captured with the intention of being sent to the Mojave Desert. Steve Wynn announced he would not capture any wild dolphins. With the help of Dr. Martin Dinnes, Lanny Cornell (Former VP of SeaWorld) and Julie Onie Wignall (Director of National Aquarium in DC), they set off to make Steve Wynn’s every wish come true.

On the drawing board is a 2-million-gallon outdoor dolphin pool, scheduled for completion by early 1990, says Julie Onie, who is in charge of the project.  The pool would be in a “very lush and tropical environment,“ she says, behind the Mirage Hotel and Casino, a Golden Nugget project scheduled to open in December. The dolphin facility would be open to the public, Onie says, and admission would be free. But the public would not be allowed to swim with the dolphins, nor would the dolphins put on shows. –SunSentinel, 1989

Their plan was to target facilities that activists had looked to for having abysmal care since nobody wanted to have any involvement with sending dolphins to the middle of the Mojave Desert. The original dolphins to be purchased were Sigma and Haley from a facility deteriorating fast in Galveston, Texas. While waiting for permits to go through, Haley died by eating poisonous oleander leaves. Sigma was sent to SeaWorld Texas until the Mirage pools were completed. She arrived along with 4 of Dr. Dinnes own dolphins- Banjo, Darla, Duchess and Merlin.

Both Duchess and Darla were sent by Dinnes to the Mirage facility from Florida while pregnant. The first pregnancy occurred just six months after their arrival. Duchess gave birth on April 5th 1991 to a male named Squirt. He was sired by Merlin. He lived to be 15 and had to be euthanized due to pain and suffering. Darla gave birth just two days later on April 7th 1991. The baby did not last long, passing away just 2 weeks later on the 21st. The cause of death was listed as pulmonary edema and interstitial pneumonitis. Could transporting a pregnant dolphin and dropping her into an alien environment in the middle of the desert contributed to the death of this calf? It was around this time the third dolphin calf was conceived by Sigma. Her baby, born on May 23rd 1992, was a stillborn.

Currently, two of the dolphins inside the Mirage (Duchess and Lightning) were born in the open ocean. Duchess was captured in 1981, and Lightning in 1989.

The dolphin enclosures at the Mirage Hotel and Casino have a reputation within the industry has being top of the line, but that does not mean they are not without controversy. 13 dolphins have been documented in the MMIR as dying within the facility- and another just months after being shipped to a new facility on the other side of the country (Pablo, Gulf World in Florida).  At least 3 of their dolphins had been suffering from an outbreak of the pox virus for several years, originating back to 2010 when SeaWorld sent dolphins over on a breeding loan.

Martin Dinnes was the personal vet of Siegfried and Roy, and an animal dealer. He has been known to break the law and hold animals in conditions below federal standards, in areas without permits or permission, and shot a sealion known as Jazzbo or Jaws. Dinnes failed to file autopsy reports on sealions and dolphins that died within his care over the years. According to the NOAA inventory reports, Dinnes dolphins were dying from various ailments including obstructions of the intestines and heat stroke.

In 1990, Dinnes faces prosecution for “unlawful conduct” on 22 counts of MMPA violations. Charges included unlawful killing of a sea lion, illegal transfers of sea lions and dolphins to facilities that did not comply with regulations, and failure to submit necropsy reports. As a result, all animals in Dinnes’ possession under NMFS permits were confiscated.