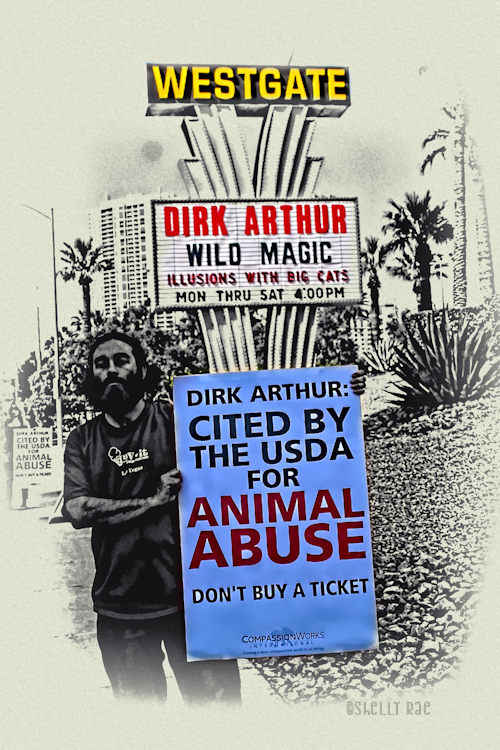 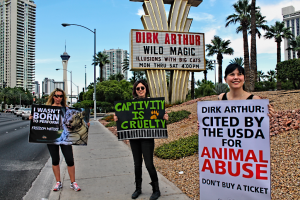 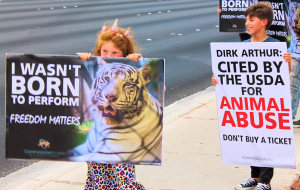 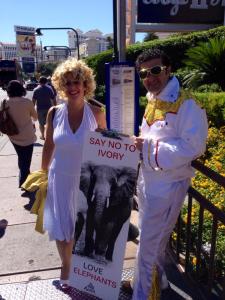 On Saturday October 4th, animal rights activists from Las Vegas are gathering in front of the Mirage Hotel and Casino on the strip at 11am and then marching south to City Center and back to raise awareness for lions, elephants, and rhinos being poached daily. They request that all attendees try to wear red to stand out, and bring noise makers. There will be an official “After March Party” at Senor Frogs patio from 3-8pm where 15% of the parties proceeds will go back to DazzleAfrica.Org to prevent further poaching in South Luangwa, Zambia. Please follow their facebook event page for more information. If you will be in the area, please consider supporting them on the strip.

The protest in Las Vegas is only one of over 100 happening globally on World Animal Day. According to the official global website representing the march, more than 35,000 elephants are slaughtered every year for their ivory tusks, and a rhino is slaughtered every 9-11 hours for its horn.

With so few numbers left, and such a slow rate of reproduction, these two species are rapidly heading for extinction, unless we – ALL OF US – do something to ensure they survive.

These remarkable and highly intelligent animals are being cruelly slaughtered in the most inhumane ways, with poachers often hacking off their tusks or horns while they are still alive. The agony these helpless creatures endure, and – especially for elephants – the anguish for their surviving family members, is unimaginable. Elephants have close family bonds and rely on the elders of their group to lead and teach them; when these are killed, the herd is left devastated and shattered, and if babies lose their mother they often will not survive either.

The upsurge in the killing spree over the last 8 years has been driven by the demand for ivory and horn in Asian countries – China is the biggest consumer of ivory (70% of the world’s ivory ends up as trinkets for the Chinese middle class), and Vietnam is the main consumer of rhino horn.

The money made from the illicit trade in ivory and rhino horn supports terrorist organizations in Africa and fuels civil strife and instability. Wildlife crime is estimated at $20 billion per year. The problem has become a global one, as trans-national criminal networks and heavily armed poaching gangs coordinate the bloody chain – from killing the animals, to smuggling their body parts for export, to selling them in outlets all over the world.

Meanwhile the plains and forests of Africa and Asia grow silent and barren, devoid of their once abundant wildlife. –March for Elephants and Rhinos website