The ‘dolphin death pool’ in Las Vegas has claimed its 14th victim. Bella died at the Mirage Dolphin Habitat in the Mojave Desert on April 14th, 2022 after undergoing treatment for gastroenteritis for several weeks, according to a press release sent out to local news stations.

Bella was born on September 6th, 2008 to Huf-N-Puf and Lightning. She lived 13 years, 7 months and 8 days in captivity while dolphins in the wild live to be 40-60 years old. Bella spent 4,968 days without protection from the sun’s harsh UV rays as she sat at the surface, chewing at the gates between the three pools. She gave birth on August 16th, 2019 to her daughter Lady Aces who is still languishing within the hotel’s backyard swimming pool.

Bella’s early death is a dreadful example of the reasons we need MGM and Hard Rock to end the display of captive dolphins at the Mirage Hotel and Casino. If you would like to make a splash in this movement, then join grassroots activist organizations Free the Mojave Dolphins from the Mirage Las Vegas and CompassionWorks International on April 30th at the Mirage volcano from 11am to 12:30pm. We will be urging locals and tourists alike to place pressure on the Hard Rock to shut down the animal exhibits once and for all and move the dolphins and big cats to properly accredited sanctuaries. 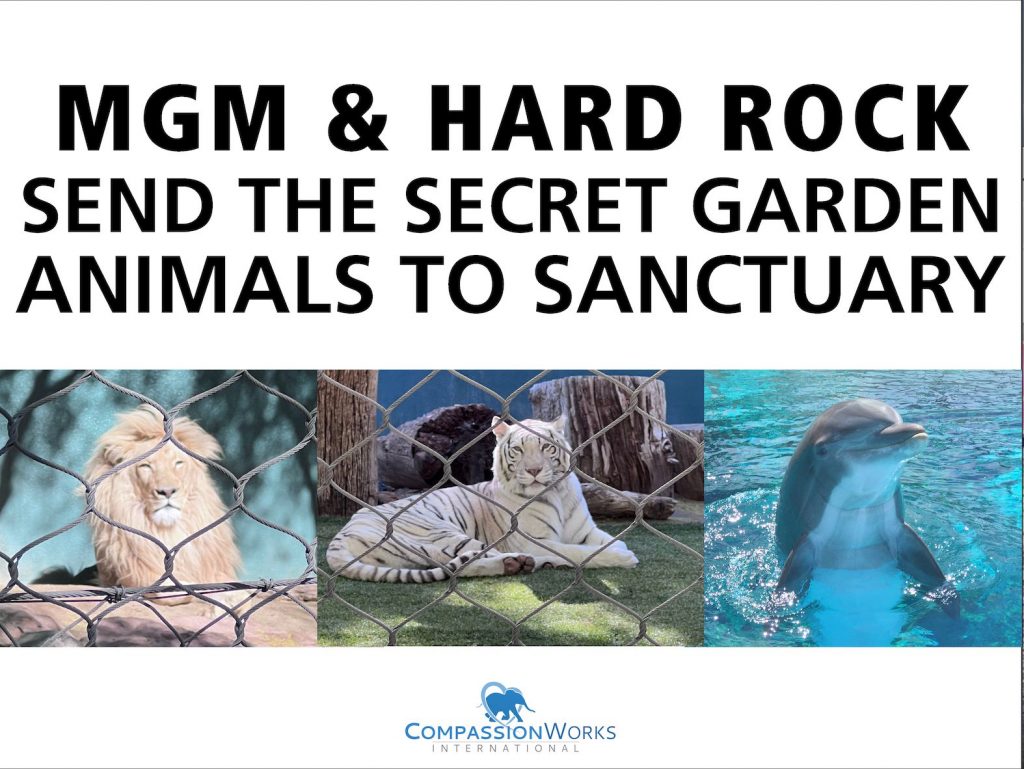 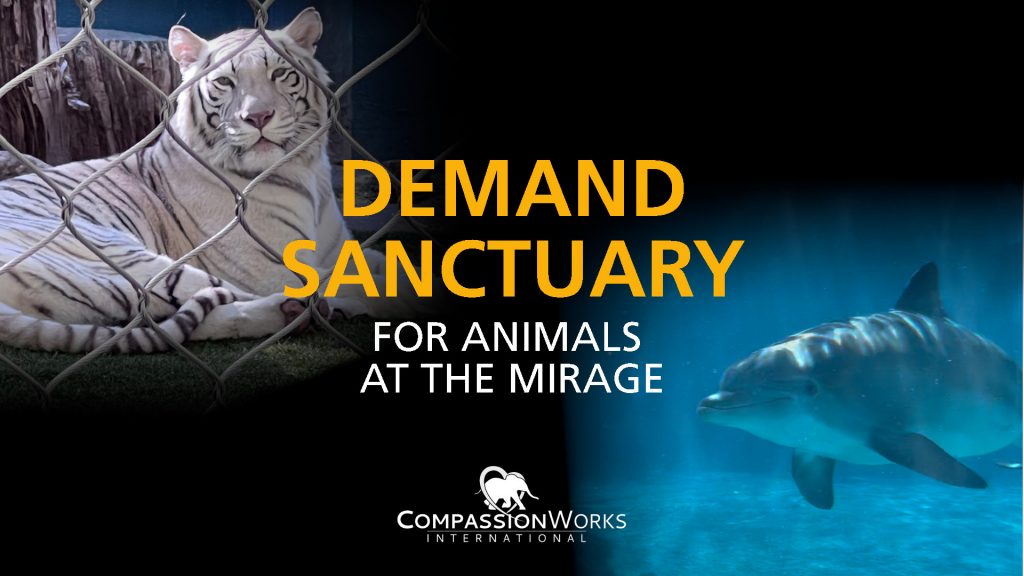 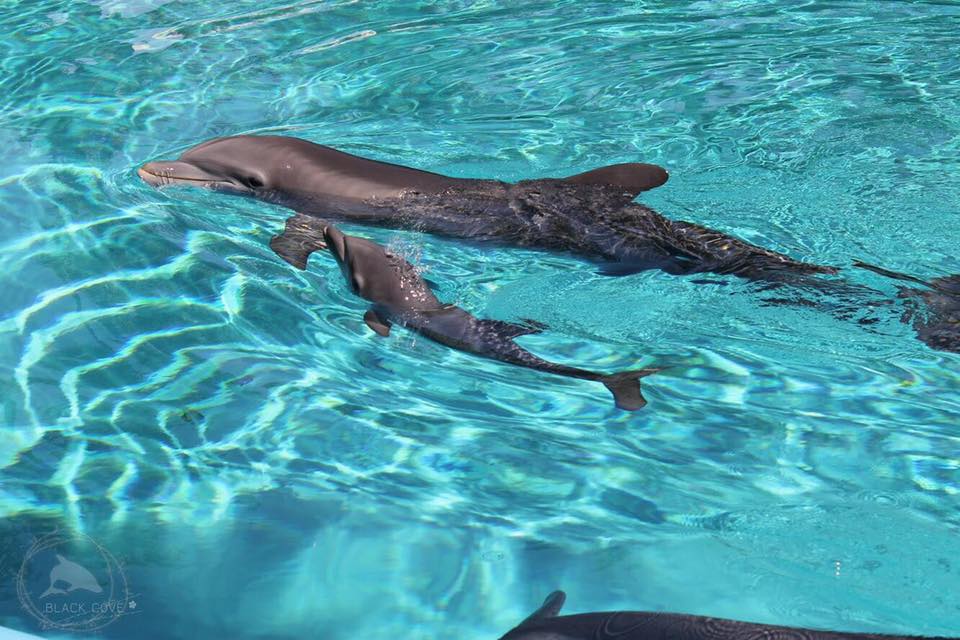 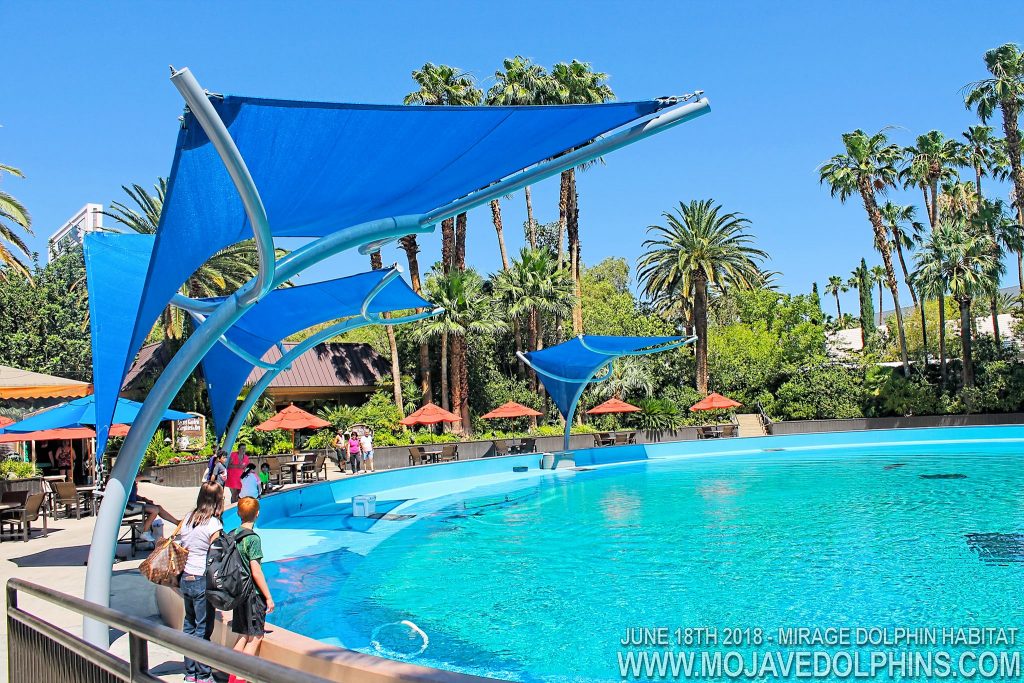 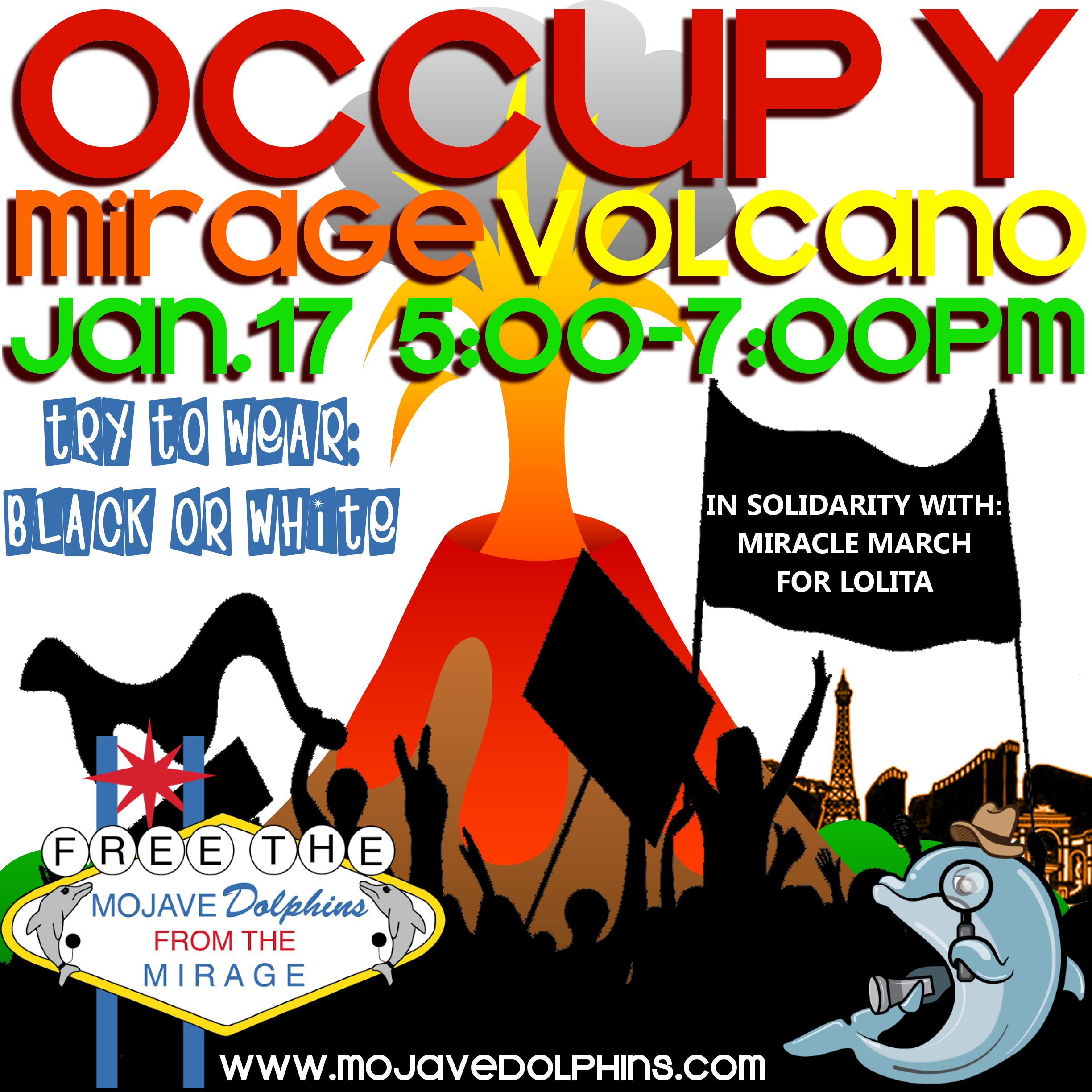 On Saturday January 17th, Las Vegas animal rights activists will descend upon the Las Vegas strip to occupy the space in front of the exploding Mirage volcano. This is a very popular photo spot for the tourists. Every night starting at 5pm, the volcano erupts on the hour and half hour. During our two hour protest, the volcano will erupt with fire and loud noise 5 times. Tourists will be fixated on our protest spot trying to catch a glimpse of the volcano. In the process, they will forced to read our messages. This was proven to be an effective protest method in January. Our main goal is to cover as much space along the volcano as possible. Spread out!

For our dolphin friends who do not live close enough to travel to our protests, we ask that you spend the two hours (or whatever time you can allocate, whenever) tweeting to the Mirage Hotel and Casino. We have made up a tweet sheet, but as always, you can send your own messages. Feel free to grab images from our social media accounts. Stay polite and factual.