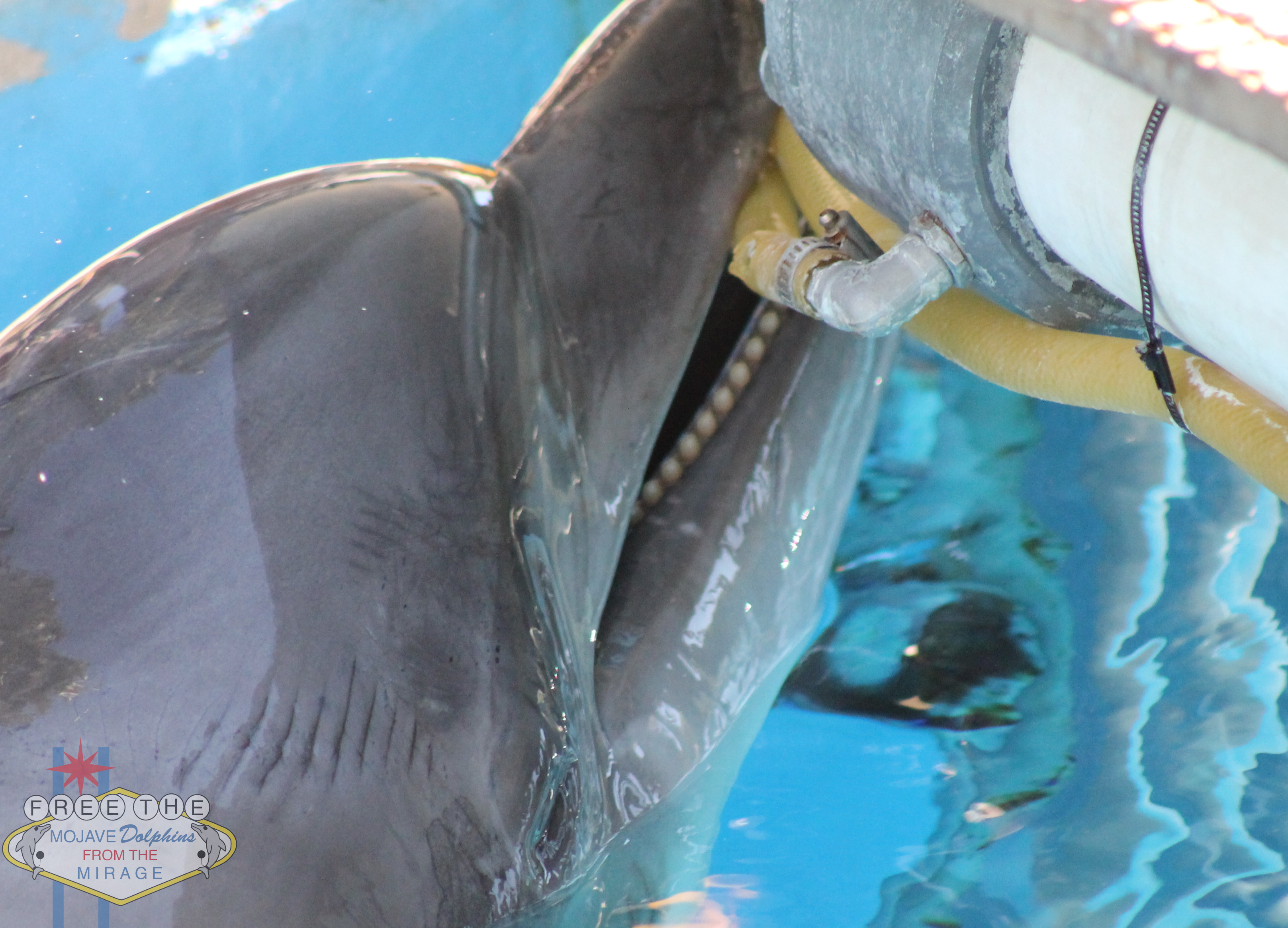 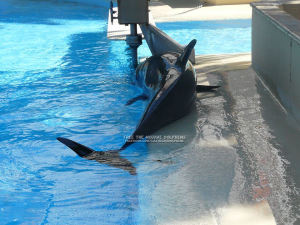 there’s an abundance of evidence that shows that dolphins and whales in captivity show a lot of the same abnormal behaviors that are exhibited by other animals in captivity. These include things like stereotypes where they do repeated movements, self mutilation and just basically other behaviors associated with being psychologically disturbed. There are also several peer-reviewed studies that have shown elevated stress hormones in dolphins and whales in captivity.

[…] of the Mirage Hotel’s dolphins biting on a gate. Photo by MojaveDolphins. One of the dolphins beaching itself. Photo by […]